The autumn action will help determine President Joe Biden’s legacy, along with whether Republicans can take control of the House or Senate in next year’s midterm elections, according to James Lucier, managing director at Capital Alpha Partners.

“The stakes of a big legislative agenda this fall could not be higher,” Lucier said in a note. “Biden is betting his presidency and his recovery from the Afghanistan debacle on it. Democrats hope that the ambitious legislative agenda will be a popular success and lock in Democratic dominance of Congress and the White House for years to come.”

Greg Valliere, chief U.S. policy strategist at AGF Investments, stressed that moderate Democratic lawmakers are raising concerns about the cost of the proposals touted by their party leaders. One such lawmaker, Sen. Joe Manchin of West Virginia, last week reiterated his opposition to his party’s efforts to pass its $3.5 trillion package, as he called for a “strategic pause.”

“A chaotic fall is shaping up in Washington, with the outlook for massive new spending and taxes now in doubt — and a nasty debt ceiling fight threatening to annoy financial markets by next month,” Valliere said in a note.

One key moderate Democratic senator, West Virginia’s Joe Manchin, reportedly said on Wednesday that he’s open to the $3.5 trillion deal, but not yet fully endorsing it.

Analysts at Capital Alpha Partners were downbeat on the prospects of the spending plans.

“We see Democrats embarking on a risky all-or-nothing strategy that could delay a final result until as late as Christmas, creating great policy uncertainty for the duration, and making it more difficult to pass appropriations bills and deal with the debt ceiling,” said James Lucier, managing director at Capital Alpha, in a note.

“If there is a final result, we expect the package to be much smaller than $3.5 trillion in size. We still expect a package or combination of packages in the range of $1 trillion to pass at the end of the day, but the odds of no outcome or a nothing-done are also greater.” 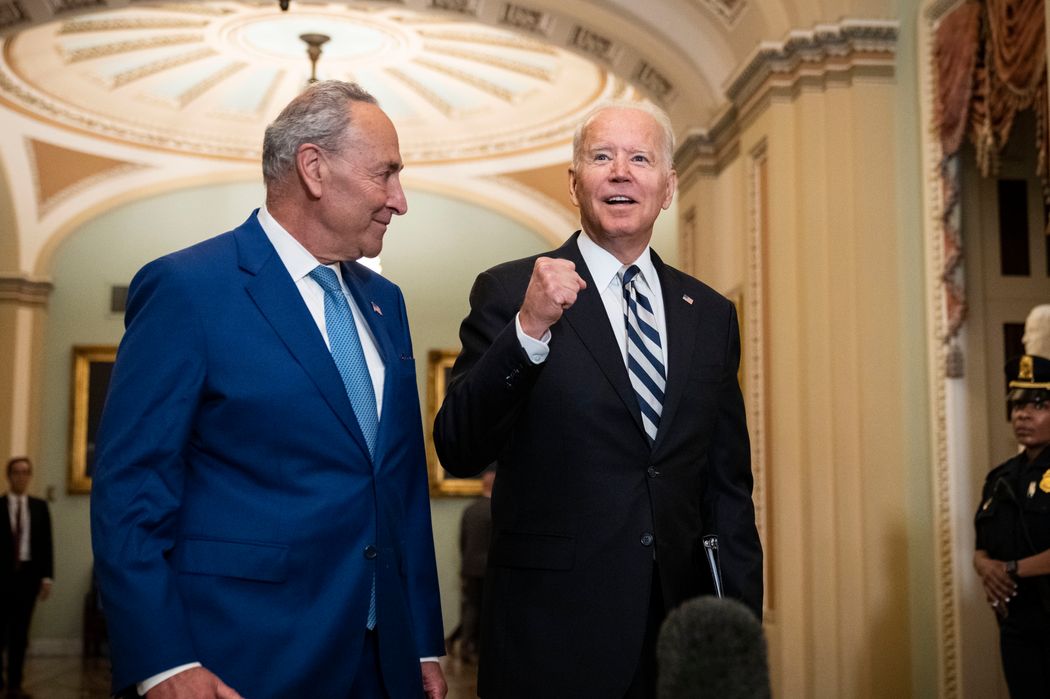